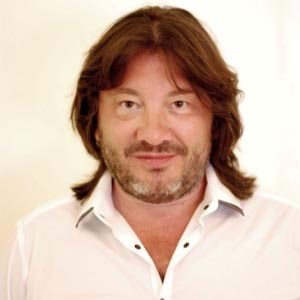 Owner of Familia Group of Companies, a serial investor, visionary, author and composer

Alexander has more than 15 years of investment and venture capital experience. He is unique Russian composer who successfully combines creative work with business. He effectively manages Familia Group of Companies (“GRUPPA KOMPANIY FAMILIA”, LLC), which specializes in investment and venture capital in media, new media, publishing, and entertainment sectors. He is one of the founder of the 5 Continent Continent Consulting Group specializing in IT-sector, biotechnologies and financial management. Partner of the iTech Capital Fund, which is major stakeholder of such leading companies as Ticketland, AviaSales, QIWI post, SeoPult Group, Garpun, MFM Solution and others. He found and running Rasia Capital – investment boutique with focusing on Asia .
Alexander successfully established rASiA.com - networking platform.
He is one of the main world experts in media, entertainment and sport. He makes foresights speeches at different leading world forums and conferences such as
MIPTV, MIPCOM, MIDEM (France), World Knowledge Forum (Korea), All That Matters (Singapore).
Alexander gives lectures at the Hong Kong Polytechnic University, HSE France, Potsdam University in Berlin and many others
In addition, he is an accomplished publicist and author. His articles and reports regularly appear in major Russian media.
In 2008, he was awarded the order of medal For Professionalism And Business Reputation.
Russian Ambassador on MIDEM (France).
Friend of the President of the Republic of Indonesia (Social Ambassador of Russia in Indonesia) .
Member of Committee on Developing of NEW MEDIA SPACE in Russia.