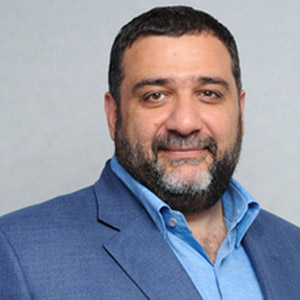 Russian entrepreneur, manager and philanthropist, CEO and controlling shareholder of Troika Dialog, an investment bank (1992 – 2012), one of the founders of Moscow School of Management SKOLKOVO and its first president (2006 – 2011).

In 1991-1992 Vardanyan worked as expert, head of IPO division at Troika Dialog brokerage; working at the company from its founding day. From 1992 headed Troika Dialog, holding the posts of executive director, and then president, CEO and chairman of the board of directors of Troika Dialog Group, up until the company’s sale to Sberbank on January 23, 2012. Thereafter he was co-head of Sberbank CIB (until August 2013), and subsequently advisor to the president and chairman of the board at Sberbank.
In 2002-2004 Vardanyan was general director at Rosgosstrakh, working concurrently as Troika’s CEO. In 2004-2005 and from August 2011 to October 2013, he was the company’s board chairman. In 2002-2003 and from October 2013 to the present – a member of the board at Rosgosstrakh.
Previously, Vardanyan served on the boards of directors of numerous companies, including AvtoVAZ, Novatek, Sukhoi Civil Aircraft, Aviastar-SP, Sheremetyevo International Airport, AK BARS Bank, Bank of Moscow and Izvestia newspaper. He is currently a board member at Kamaz, Sibur, Joule Unlimited, Inc., Ameriabank (Armenia) and United Grain Company. He is a member of the economic council of the International Finance Corporation (IFC), part of World Bank Group.
From 2000 to 2012, Vardanyan was a member of the management board of the Russian Union of Industrialists and Entrepreneurs, serving at different times as head of the corporate management committee, co-chair of the committee for corporate management and alternative dispute settlement, and arbiter of the RUIE arbitration committee for corporate ethics. He is currently a member of the arbitrators’ committee of the RUIE joint corporate ethics commission.