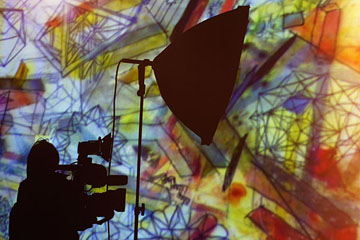 The largest European TV market MIPTV 2015 finished on April 16. The season was indicated quite clearly: the basic "trend of the season" is the crisis. Moreover, it is not a crisis of genres, but the global and European crisis. It was already evident at the abandoned advertising stands, located where previously graced the big billboards advertising a particular Television.

Top places - over the Palais des Festivals in Cannes - this time belonged to the Asian format: the market had a lot of Chinese and Japanese. At the same time, Indonesia and Singapore have reduced their participation - and this is particularly clearly manifested in the digital marketplace MIP DIGITAL FRONTS, that took place in the framework of MIPTV. In general, the film and television market this year was respectable - 11 thousand participants from more than one hundred countries around the world, but it was reduced by 30 percent.