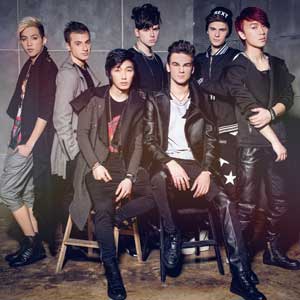 The band began its activity in Moscow on August 14, 2010 as a dance project Febris erotica and is a winner of international dance contest «K-pop Cover Dance Festival 2011». In 2013 the members of the band passed the casting session in Matvey Anichkin producing center «Bitrate Studio» and with the producer’s support formed a new dance-vocal project – BITRATE. In December of 2014 the band took part in international contest of young singers «Golden note» and won in «the best start-up of the year» category.
The Presentation of the band took place on April 3, 2015 in Moscow and on April 24 the band were honored to open Gala-concert of 60th  Eurovision song contest Anniversary. Charming voices, charisma are completed by the unusual costumes and  choreography, all this won’t definitely leave you indifferent and will make you remember them for a very long time!